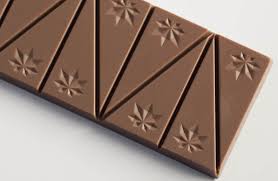 CANNABIS IS SAFE! BY: DEBORAH QUINN

Now that cannabis is legal here in California, we have a lot of non consumers, who are not knowledgeable with the plant, and have many misconceptions, that are heard from mainstream media. As well as those who have heard propaganda, and believe it. The way I always talk to people who do not know the facts, is to start out by researching and educating themselves. There are so many studies that are being done, and have been for the last 20 years that try to find it’s faults. However end up realizing it is a God given plant  that like so many other healing plants is here for a purpose.There has never been a single death credibly related to marijuana overdose. It is impossible to overdose on cannabis.

I read a South American man was crushed under tons of it…and someone choked on an edible, but that’s probably it….. Unlike Alcohol, and other over the counter drugs. No evidence of damage to your body at all. Government might have dire warnings, but the side affects are dry mouth. For a nation addicted to anti-depressants, that’s not so bad! Uninformed!   We’ve heard that cannabis is a gateway drug. Quite the opposite. The tragic thing about that story is… marijuana has a true potential to fight harmful addictions. And …that cannabis can have an enormous value, as an exit drug, helping addicts to reduce or even eliminate their intake of alcohol and other addictive substances.(Below are some studies to read yourselves) 2009 study at the university of San Diego reported cannabis consuming binge drinkers experienced significantly less white brain matter damage, than those who only consume alcohol. Cannabis can actually help treat addiction at a biological level by blocking the receptors in the brain that are responsible for sending signals for cravings. We have an cannabinoid system that sometimes needs replaced. Cannabis has that replacement. The plant mimics what we were born with. Is marijuana addictive? Reality is that heavy users, who stop suddenly may experience withdrawal symptoms. Just like a regular coffee drinker who stops her daily routine of caffeine. (Not me)…Some experience no withdrawal symptoms at all. A lot of users in their youth that stopped, had no ill effect..(For family,or career) Anecdotal evidence, reinforces marijuana’s non-addictive qualities.We’ve heard that it is more dangerous now, than it was in the 70’s. Not true. It was not dangerous now, and it wasn’t then. It is true that it does come more potent now. Federal studies done in the 80’s say’s that the THC content of US marijuana averaged around 3% higher, and testing in 2009 showed an increase to an average of 5.6. There was the strong stuff back then, just not readily available.

During an infectious disease outbreak, such as the current outbreak of COVID-19, small business owners must prepare for disruption in their business as well as prepare to protect their employees’ health and safety in the workplace. We are taking certain pre-cautions to ensure that our workplace is safe for our employees & guests of the CannaBus Express Tours. Certain precautions we are taking include